Victor Hugo, Voltaire, Emile Zola and Jean-Paul Marat have their last home and resting place in The Pantheon in Paris. 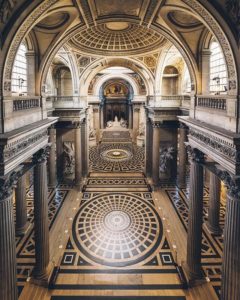 This magnificent building is modeled after the one in Rome, which is itself a recreation of ancient Greece’s “home of all the gods.”

The Pantheon currently hosts the remains of 100 Frenchmen highly regarded by their countryman. 95 of the 100 are men of course. The Pantheon bears the inscription: “To the great men, from a grateful nation.”

The newest arrival at the Pantheon, however, is a woman. Simone Veil was interred there in July 2018. (Her husband Antoine got in at the same time, because of her.) They were officially reburied with great pomp, symbolism and honor. 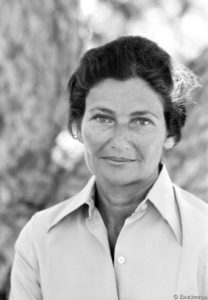 She was a survivor of the Nazi concentration camps. She was deported to Auschwitz at age 16 with her parents who died there.  For reasons she never understood, a Polish guard took her part and assigned her to work where she would not be at risk. She survived and went on to become the first woman Minister of Health in the Valery Giscard d’Estaing administration. 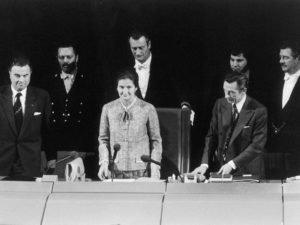 As President of The European Parliament

Veil wrote France’s 1975 law legalizing abortion. This was a difficult task in a Catholic country, and Veil bravely faced attacks for her work. She continued to champion women’s rights including the treatment of women in prisons and adoption rights for women. She also served as President of the European Parliament in Strasbourg. She said: “Whenever one tries to suppress doubt, there is tyranny.”

In another modern honor, the French put her name on a Metro station.

Here are the other women who have (so far) been buried in the Pantheon…. 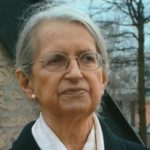 Genevieve de Gaulle-Anthonioz (1920- 2002)who fought in the Resistance in World War II, She combated poverty and was a member of
the French Economic and Social Council. 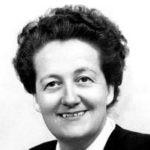 Germaine Tillion 1907-2008 Active in the Resistance Movement. She helped Jews and other prisoners escape. 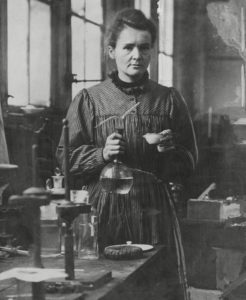 Marie Curie 1867-1934 French physicist and chemist. Discovered radium, received 2 Nobel Prizes. (and waited 60 years after her death before finally being rewarded by burial in the Parthenon)

Finally Sophie Berthelot 1837-1907 wife of Marcelin Berthelot, a world famous chemist. She died on the same day as her husband and they were
buried together. So she was not really recognized for her own accomplishments.

Perhaps we could request a change to the inscription on the building. (I have a hammer and chisel in the garage.)

Many thanks, Simone, for your meticulous and enlightening post.

wpDiscuz
You are going to send email to
Move Comment