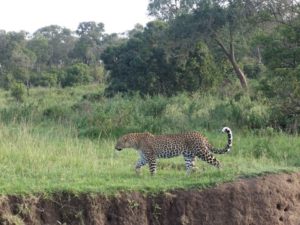 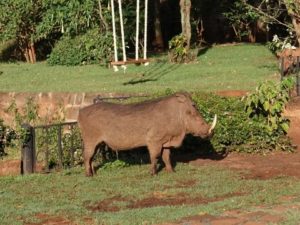 Emmanuel Macron and Donald Trump both ran for President of their respective countries in 2016. Both were elected. Macron was relatively unknown in France and Trump was only known as a businessman. Both ignored traditional political parties. Macron believes that the left/right divide is obsolete and Trump, though nominally a Republican, prides himself on being an independent. Both are free of ideology and Russia interfered in each of their campaigns.

Somehow Macron’s message got through even though Vladimir Putin was openly backing his opponent, the right-wing candidate Marine LePen. And this is where the similarities end. Donald Trump colluded with Vladimir Putin and had no compunction in erasing Hilary Clinton from the picture by all means available, whereas Emmanuel Macron was not afraid of accusing the Russian President of spreading false propaganda.

Emmanuel Macron is everything that Donald Trump is not. He is young (only 39), pleasant looking, has a Master’s in Public Affairs, studied philosophy, reads books and likes to discuss them. Macron also plays the piano and loves Bach and Beethoven.

Donald Trump is our oldest President at 74, sullen looking, an ignoramus and proud of it. He has probably not opened a book since he left school. In addition to his native French, Macron speaks excellent English. Trump blabs in Trumpish gibberish.
Emmanuel Macron is a good negotiator and is not afraid of making tough decisions, whereas as Chuck Schumer famously reported, negotiating with Trump is like negotiating with Jell-O.

Emmanuel Macron believes in unifying Europe, He proposes strong ties between the 27 European nations, a joint military force, a EU Intelligence Service, a EU financial transaction tax and a Europe-wide asylum process for refugees. He wants to refound Europe in close cooperation with the German Chancellor, Angela Merkel who has a slightly more cautious approach.

In contrast, Donald Trump is dividing the United States by favoring the 1% richest Americans at the expense of the working people, undermining abortion rights, appointing reactionary judges and destroying our values. In restricting immigration, he is abdicating from our traditional role of asylum, symbolized by the Statue of Liberty.

Trump’s retrenchment from foreign affairs and his abdication from the role of leader of the “Free World” is doing Macron an immense service by giving him the opportunity of stepping into that role, which he is doing very skillfully. He is negotiating economic deals with the Arab Emirate countries and solving crises in African countries. He recently visited China and when he hosted the world fight against global warming, he parodied Trump by coining the slogan, “Make the world great again”. One hundred nations joined him, but our anti-globalist president was conspicuous by his absence. Macron also hosted the Davos Economic summit where Trump struck the lone false note. When everybody was singing in unison about cooperation and coordination, Trump sang from his “America First” song book.
Why is this happening to us? Why couldn’t we too have chosen the Un-Trump?

“As democracy is perfected, the presidency represents more and more closely the inner soul of the people. We move toward a lofty ideal. On some great and glorious day the plain folks of the land will reach their heart’s desire at last, and the White House will be adorned by a downright moron.”

“A nation of sheep will beget a government of wolves.”
― Edward R. Murrow

You are too kind. Trump suffers from a bouquet of psychiatric illnesses none of which offer any hope for cure. He is behaving like the true narcissist he is and will remain so unless public outcry is so enormous that he is unable to escape the trauma of realizing that the image that he sees reflected in his own mirror is not true. If this should happen he will continue to attack but nobody will be listening. We can only hope.

Trump’s trade war with China is devastating the economy. When companies claim they are suffering because of the tariffs, he claims they are “mismanaging their businesses.” He doesn’t take responsibility for anything and seems to not care about who is damaged by his decisions. HE HAS TO GO!

This may contribute to his GOING!

wpDiscuz
5
0
Would love your thoughts, please comment.x
()
x
| Reply
You are going to send email to
Move Comment