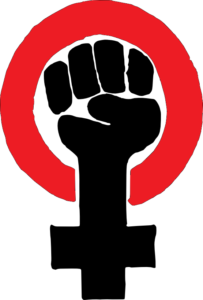 It caught me by surprise. One night the program was listed as Charlie Rose. The next night it became “To be Announced.”

When I learned that three CBS employees  had accused Charlie Rose of sexual harassment, I was stunned. One of my favorite programs had disappeared: A plain round table, one or two intelligent guests, one attentive interviewer, all discussing what was going on in the world. It was as if the Rock of Gibraltar had sunk below the ocean. How Charlie Rose responded to the accusation was equally shocking. He was “embarrassed,” not contrite. As though you had caught him with his makeup not yet on and not camera-ready.

Vulnerable actresses to cater to his sexual fantasies.  Weinstein fell abruptly and conclusively. It took one courageous woman to create a landslide and the movement #MeToo was aloft.

Embarrassment, shame and the fear of losing their employment or social position had hitherto kept women enslaved to the whims of the first sex. Now allegations of misconduct in the business and entertainment worlds are emerging every day.

Lin Farley had coined the phrase “sexual harassment” in 1975 to refer to this workplace dependency. Some legislation followed, but culture changes much more slowly than the law. Before all this brouhaha, we had already witnessed the fall of that idol of popular culture Bill Cosby. His television image of the very model of the paterfamilias and dispenser of armchair wisdom​, creator of Fat

​Albert  and other funny characters collapsed abruptly and morphed into the bloated monster of depravity who forced women into submission and raped them.  Both Weinstein and Cosby insisted that the sex was consensual.

And who remembers Dominique Strauss Kahn, former head of the International Monetary fund? In 2011 he was accused by a New York hotel maid of sexually assaulting her. He settled the civil action case which ensued by paying her 6 million dollars. In the process he lost his position and his wife but is apparently pursuing his merry and predatory way of life as if nothing was amiss,

And now let us turn to the man presently occupying the Oval Office. He it was who boasted on television of groping staffers, fondling women and other gross behavior. He is also the man who repeatedly assaulted Hilary Clinton by chanting “Lock her up!” when he is the one who
should be sitting in a dark dungeon.  Who will rid us of this hideous creature?

It is a good development that women now feel freer to reveal the indignities they have had to endure, it is also good that some men will think twice before engaging in this reprehensible conduct. But nothing permanent will be achieved until a critical mass of women achieves positions of power and more women reach out to their sisters and help them to places of dignity and security.

Thank you, Simone. Indeed, it is not just the high and mighty who abuse their positions of power. As I mentioned on FB, it is also the fast food manager, the field boss in the agricultural fields, etc. Women working those jobs cannot afford to lose their job(s), so they don’t speak up. May the world become a better place.

Simone,
Many thanks for summing up a dire yet hopefulera in our world of sexual
interactions. I agree with your assessments, and trust that change will indeed
come as more women do enter politics at ever higher levels. Whether our
democracy can survive the actions of our current crop of politicians seems to
be an open question.

The “Good old Boy” mentality has come up against the #MeToo brick wall and is crumbling before our very eyes. No longer will harassment be passed off as “boys will be boys.” As one after another of the cavemen go down others are nervously watching and hoping it doesn’t come for them. But, it will eventually come around to them if they don’t change their ways.

Yes, even Placido Domingo was caught in the net. Power does
that to you.

wpDiscuz
4
0
Would love your thoughts, please comment.x
()
x
| Reply
You are going to send email to
Move Comment